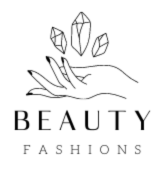 For years, opportunities for women have been marginalized across the board. Ranging anywhere from education, to careers, to politics, women have been disproportionately recognized along various domains. Thankfully, the feminist movement has done wonders to empower our women, thereby giving them opportunities that were at one time, but a mere fantasy. But despite their best efforts, being an “independent woman” still has its challenges for many. Some women are first generations of the “independent women era” and therefore have limited role modeling. Others have had sufficient role modeling, but lack the self-confidence that an “independent woman” exudes. Whatever the limitations that prohibit many women from reaching their status of being “independent women,” this is the article for them. Here, you will find a few strategies that can be utilized in order to position you to be the “independent woman” that you are destined to be.

All “independent women” must be able to trust themselves. You will experience all types of obstacles, many of which will encourage you to lack confidence in your own beliefs and abilities. Understand that all “independent women” will experience barriers like this, but believing that you can overcome them will help you to do so. No one is going to believe in you, if you cannot believe in yourself.

Next, do your research. Ask yourself, what is it that you would like to do with your life? Be sure that whatever it is, it is something that you have chosen for yourself, and not something that has been chosen for you. Then research everything that you can about it. Research things like the skill set required to do it, the training that is necessary to fulfill it, the type of people (personalities, experiences, etc.) who do it. This is useful whether you want to be a lawyer, a doctor, a wife, and/or a mother. Basically, the term “independent woman,” means whatever “independence” is for the woman experiencing it. By researching as much as you can about whatever an “independent woman” means to you, the more prepared you will be to become one.

Avoid people who are counterproductive to your goals of becoming an “independent woman.” Sadly, despite your best efforts, you will meet people who just don’t believe in your goals, or people who will try to interfere with them. As painful as this may be, maintaining a relationship with these people, will only make meeting your goals harder. A metaphor for this type of relationship is the “crab mentality.” The “crab mentality” basically makes the following comparison between crabs and people. Imagine a bucket full of crabs. As some crabs try to get out, other crabs below them try to pull them down. This is how women sometimes treat other women who are trying to become “independent women.” Maintaining these relationships with “crabs” will do nothing but make your pursuit to upward mobility that much more challenging. It might be difficult to break off these relationships, but you will find that once this is done, your pursuit to independence will be that much greater.

While you are avoiding people who are counterproductive to your goals, find people who are compatible with your goals. For instance, if you want to be married, but you’ve gotten a lot of negative advice about marriage from either unmarried or unhappily married people, find some people who are happily married. If you want to develop your own business, try to steer away from the friend who is discouraging you from opening one because she chooses to work in her father’s business instead of doing something “independent” for herself. In other words, there are people in this world who are like minded… if you’re finding that those whom you surround yourself with are not, then pick a new group of friends! Your independence depends on it.